Quitting smoking is about gaining a lot more than it is about losing something. The advantages of quitting smoking quickly mount. Many smokers desire to stop, but most of those who try to fail in the first few weeks are primarily due to severe nicotine withdrawal symptoms. Many people have experimented with nicotine patches, gums, hypnosis, acupuncture, and medication therapy. Laser quit smoking therapy is an effective solution to quitting smoking. 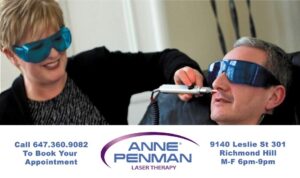 Nicotine is a highly addictive chemical, and quitting can be difficult due to withdrawal symptoms that include physical, mental, and emotional concerns. Laser therapy is one of the most popular and successful complementary medical therapies. It’s been tried and tested for around 30 years and has been growing in popularity as a smoking cessation tool year by year.

Cold laser therapy was originally intended to treat pain by using laser and low-energy LED light to stimulate cell development and promote healing. Laser quit smoking therapy, which is still being studied, has the potential to solve a variety of significant health issues, including nicotine addiction.

The cold laser is painless and non-invasive, with no side effects. It is entirely risk-free. Laser acupuncture points are targeted around your ears, mouth, wrists, and hands. The laser aids in releasing endorphins, the feel-good hormone released when you smoke a cigarette. During the crucial week of quitting, the laser helps balance these endorphins, minimizing the effects of cravings and other nicotine withdrawal symptoms.

The guidance and counselling portion of this program is the second section of the program. A reputable treatment center recognizes that quitting is a mental and physical issue, so both needs to be addressed. Mental concerns are addressed, including social, pattern, and emotional triggers that smokers face when attempting to quit.

Where is the Laser applied?
The laser stimulates 38 energy points on the ears, nose, hands, and wrist areas.

How long does the treatment session last?

Are there any side effects resulting from the laser therapy?

The laser is completely safe and has no known adverse side effects. Most clients feel very comfortable during and after the treatment.

Is this method applicable to everyone? (What are the contraindications?)

Although laser therapy is completely safe, it should not be used on the following people:
• Pregnant or lactating Women
• People with active skin cancer
• People who are taking Immune-Suppressant Drugs/Medications
• People with Epilepsy

WHY DO THE MOST SMOKERS FAIL TO QUIT?

Smokers have a physical addiction and a psychological dependency, making quitting exceedingly difficult. Nicotine addiction is extremely difficult to break free from. Most smokers are addicted to nicotine. Smokers get a temporary high or ‘hit,’ and denying the body its nicotine fix creates physical withdrawal symptoms and severe cravings. Smoking is a habit that is both psychological and habitual. It’s difficult to stop a habit, especially when it’s become a regular ritual. Also, one needs to be mentally ready and serious about quitting.

The health advantages of quitting smoking begin almost immediately. A quit-smoking timeline depicts the immediate and long-term health benefits that occur after you have smoked your last cigarette.

• 20 Minutes: Blood pressure and pulse rate would return to normal within 20 minutes.
• 8 hours: Nicotine and carbon monoxide levels in the blood are cut in half, and oxygen levels return to normal.
• 24 hours: Carbon monoxide is excreted from the body, and the lungs begin to clear out the tar accumulation.
• 48 hours: No nicotine remains in the body after 48 hours. Taste and scent would have been substantially enhanced.
• 72 hours: Breathing gets easier, the bronchial tubes relax, and energy levels rise.
• 2 to 12 weeks: Your heart attack risk would have decreased. Walking and exercise become much simpler as lung function and oxygen circulation improve.
• 3 to 9 months: Coughs, congestion, and breathing problems improve after 3 to 9 months when the lungs have room for up to 10% more oxygen. The entire energy level of your body would have grown by this time.
• 1 year: The risk of coronary heart disease, heart attack, and stroke is decreased compared to a smoker.
• 5 to 15 years: Your stroke risk would also have dropped to that of a nonsmoker.
• 10 years: The risk of lung cancer is lowered by up to 50%, and the risk of heart attack is the same as that of nonsmokers.