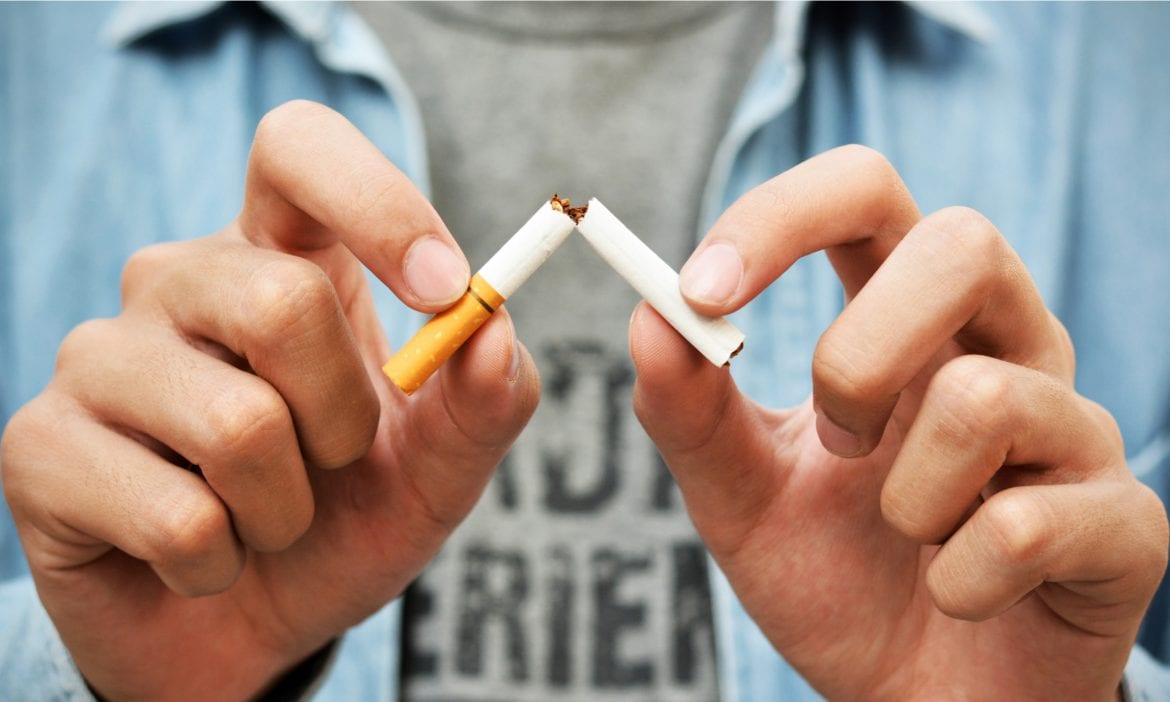 Want to learn how to quit smoking permanently? Your fight against smoking tobacco is all about willpower and intelligent thinking to achieve total smoking cessation. When you aim to quit smoking, don’t expect to succeed on the first attempt itself. You may slip once in a while and even smoke full-time again. This is known as a relapse and usually means succumbing to the smoking temptation. But remember, even if you experience a relapse after officially quitting, it doesn’t mean it’s the end of the story. You can always pick yourself up again, dust yourself and resume your journey towards a tobacco-free life.

The moral of the story is that while you can’t avoid slips, you can always get back into the fight and work towards your goal. So, let’s find out how to beware of smoking relapses, tackle them in the best ways possible and bounce back….

Triggers are the most important things you need to keep an eye out for to avoid slips and the resultant relapses. In layman’s language, triggers are all those conditions and situations that make you want to light up a cigarette or cigar. Triggers can be anything – the stress of meeting work deadlines, a burst of anger, a panic attack at a social get-together, seeing someone smoking, smelling tobacco smoke, or the expansive feeling of well-being immediately after enjoying a hearty meal.

In effect, you should skirt such triggers or deal with the cravings they create in you so that you can resume your smoke-free lifestyle.

There are four types of triggers that you, as a new non-smoker, should understand if you’re keen on quitting smoking.

Emotional triggers are the first category where smoking tendencies are aroused when dealing with intense emotions. This type of trigger takes you back to memories of times and conditions when you faced such feelings and the release that smoking gave you. Emotional triggers can be representative of happy or stressful situations. Typical emotional triggers range from stress, anxiety, excitement, boredom, depression, joy, satisfaction and relaxation.

Instead of recalling the pleasure or release that smoking gave you from such situations in the past, try to handle the emotional triggers by taking the support of your friends and family. Instead of succumbing to the urge to smoke a cigarette, confide your emotions to a close friend or confidant.

Alternately, switch on some relaxing music and allow yourself to calm down. Soothing music lowers blood pressure levels and helps reduce stress hormone levels in your body.

Physical exercise in moderate quantities is also an effective way to tackle erratic emotions. This is because organized physical activity results in the release of the body’s natural stress-busting chemicals.

Mediation and slow, deep breathing help immensely in controlling our emotions. This way, you can calm the mind, manage your stress levels and avoid the emotional triggers that lead to smoking relapses.

The second type of smoking trigger you should beware of is called pattern trigger. These triggers are generally any activities that you tend to relate to the act of smoking—for example, lighting up a cigarette when you’re on the telephone while driving, consuming alcoholic drinks, taking a break from work, watching television, or using the washroom.

You can handle pattern triggers by delinking their association with smoking and replacing them with other activities like chewing gum, reading or listening to music. In addition, stress ball squeezing or using a yo-yo can help you overcome the pattern triggers.

Social triggers are occasions that usually include other people who smoke. These smoking stimuli usually trigger you to want to smoke in places such as a bar, concerts, or social get-togethers. They could also trigger you when you’re with people who are smoking or asks you to join them.

The most effective way to deal with social triggers is to avoid such places and people until you’re sufficiently strong to withstand the temptation to smoke. For example, announce to your friend that you have quit smoking and would appreciate it if they didn’t smoke around you or offer you a smoke. Similarly, go to smoke-free restaurants and public gatherings.

The last of the four categories of smoking triggers are known as withdrawal triggers or temptations caused by withdrawal symptoms. These triggers range from cigarette cravings, the smell of cigarette smoke, the sight or feel of cigarettes, matchboxes, lighters, restlessness etc. These reactions are caused when you quit smoking after a long time, and your body tries to cope with the lack of nicotine.

Most of us respond to one or a combination of these four triggers. The trick is to identify which of the triggers you are vulnerable to and plan your strategy. Since it may not be possible to remain on your guard all of the time, likely, you may suddenly be hit by a craving to smoke. In such situations, don’t panic. Instead, compose yourself and count slowly to 25. Cravings usually last between 3 to 5 minutes, and then they disappear. Once you wait out those few minutes, you’re in safe territory.

Smoking and smoking away from cigarettes requires enormous mental strength and physical fortitude. Fortunately, for those among us not equipped with sufficient quantities of these abilities, we have alternatives like laser treatment for smoking to fall back upon.

Those who want to know how to quit smoking in Toronto, downtown, midtown and Richmond Hill are looking at laser therapy to quit smoking. As seen earlier, coming to grips initially with withdrawal symptoms can be a tough nut to crack. Fortunately, Laser therapy for smoking employs cutting-edge processes such as cold laser therapy by which acupuncture points on the face, hands, feet, and ears are treated with cold laser beams to release endorphins. This way, the body’s natural defences against pain, depression and boredom are activated. At the ground level, laser quit smoking is the message that neo-nonsmokers are swearing by.

We have locations in the Greater Toronto Area to help you stop smoking permanently. Laser therapy to quit smoking involves cold low-level laser where acupuncture points on the face, hands, wrist, and ears are targeted with non-invasive cold laser beams, which help balance and increase endorphin levels. Endorphins are the body’s natural defence against pain, depression and stress. It’s the chemical released when you smoke a cigarette, giving you a calm relaxing feeling. The problem for a smoker is that nicotine has hijacked these endorphins; when you stop smoking, the nicotine leaves, and so does the drop in endorphin levels. Nevertheless, many smokers have used laser stop-smoking therapy to quit smoking and have remained non-smokers since successfully.

For the cost of the Anne Penman Quit Smoking Laser Therapy, CLICK HERE.